/ HOW TO ANSWER THE MATHS QUESTIONS AND WIN HEARTS

How to Answer the Maths Questions and Win Hearts

How to Answer the Maths Problem and Win Hearts? A 7th Grader Taught India with a Simple Answer

"This woman is underpaid," hence proved by a 7th grader with his/her critical analysis while solving a math question about a woman worker and her monthly income. The picture of the math solution shared by a Twitter user had turned viral since yesterday and has taken the internet by storm. It isn’t clear who this student is but this answer has clearly won a million hearts with his inimitable acknowledgement of a major social issue. Look at the image shared below:

So, the question has given the salary amount in Rupee earned by a woman in 15 months that is Rs. 18,000. The student has calculated - amount earned by her in 1 month, the amount she will be earning in the 7 months, the total number of months that she will take to earn Rs. 30,000. 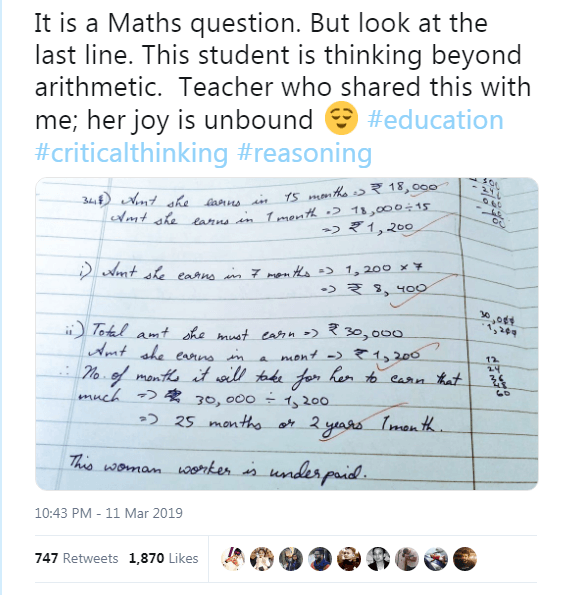 Students have step-by-step met the solution and at the end of it gave the closing statement that “the woman in question is underpaid”. It can be presumed that this end verdict is what that made people around various social media channels laud the answer of this 7th grader. The conclusion was filled with empathy, cognizance and understanding towards a big social issue. 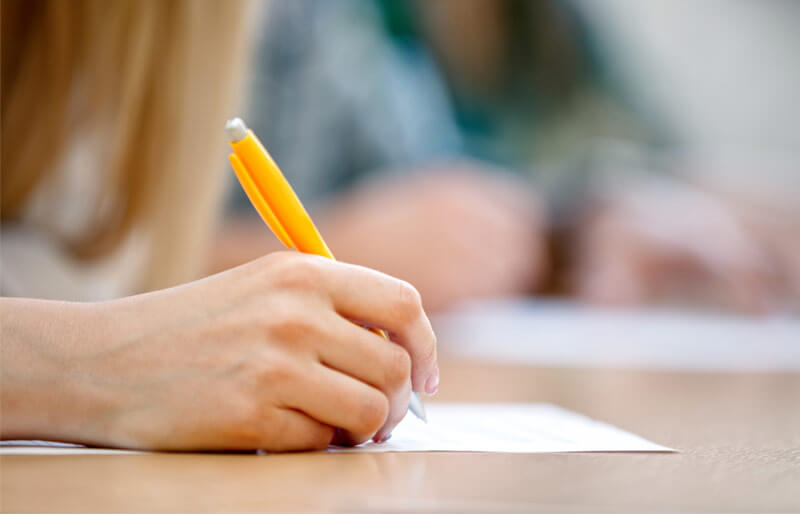 One Twitter user shared the picture with the caption “It is a Maths question. But look at the last line. This student is thinking beyond arithmetic. The teacher who shared this with me; her joy is unbound.’

Another one wrote, “This comment by the student is of great value. The figures have been assigned the real value they have in terms of the work rendered by a woman which the child feels unsuitable, inadequate, & inappropriate. Mathematical figures assigned economic & social value!” It is surprising to find such kids these days that are thinking and analyzing the world problems with a different outlook. The parents and teachers must be proud to have such a child who sees the small things with a broader perspective.

Candidates can also watch here video in which it is explained how to write answers in Maths? How to become a topper in Maths?